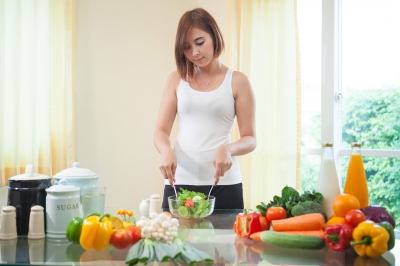 Every five years since 1980, the US Departments of Agriculture and Health and Human Services publishes an updated edition of dietary guidelines, translating science and research into nutrition recommendations for professionals, policymakers, and individuals with the goal of improving and maintaining general health as well as preventing diseases. The most recent guideline for 2015-2020 was released January 7, 2016. Here is a summary of the main points:

One main difference between this set of dietary guidelines and previous editions is the recommended amount of added sugars. Whereas the 2010 edition did not include a recommended added sugar limit, the current guidelines limit it to 10% of calories per day. This comes from a growing body of evidence that high levels of sugar consumption are associated with increased risk of type 2 diabetes and heart disease, regardless of whether people are overweight or obese.

In addition, both lean animal protein and non-animal protein sources are emphasized in the updated guidelines. Specifically, “at least 8-ounce-equivalents of seafood per week” is recommended, and unsalted nuts or seeds are encouraged in place of other protein foods, not in addition to them. Reducing red meat consumption is not stated but it is subtly implied.

These sound-bites from the guidelines may not be easy for everyone to follow, but dietary changes, as with any changes to habit, start small. The Dietary Guidelines are a useful tool for individuals to use for shaping their eating patterns.

Childhood Obesity: The Impact Of Food And Beverage Television Ads Directed At Parents

How To Raise Healthy Kids In A City